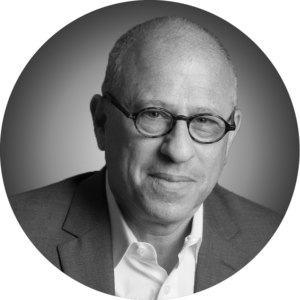 Author of four books and innumerable sermons, Rabbi Steve Leder considers the joys and sorrows of the human condition and shares his faith in the human potential for growth through our very last days.

After receiving his degree in writing and graduating Cum Laude from Northwestern University, and time studying at Trinity College, Oxford University, Rabbi Leder received a Master’s Degree in Hebrew Letters in 1986 and Rabbinical Ordination in 1987 from Hebrew Union College. He currently serves as the Senior Rabbi of Wilshire Boulevard Temple, a prestigious synagogue in Los Angeles with three campuses and 2,700 families. He is the author of four books including The Beauty of What Remains; How Our Greatest Fear Becomes Our Greatest Gift. He is a regular contributor and guest on The Today Show, writes regularly for TIME, Foxnews.com, Maria Shriver’s Sunday Paper, contributed a chapter to Charles Barkley’s book Who’s Afraid of a Large Black Man?, and has published essays in Town and Country, the Los Angeles Times, USA Today and the Los Angeles Jewish Journal where his Torah commentaries were read weekly by over 50,000 people. Newsweek Magazine twice named him one of the ten most influential rabbis in America.

Back to Home
Mellody Hayes