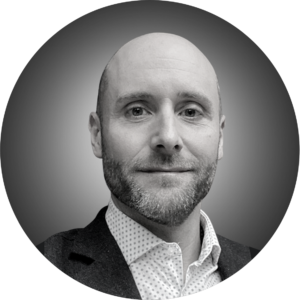 In August 2020, Laurie Brooks and Thomas Hartle became the first Canadians to legally undergo psilocybin-assisted therapy to help process the prospect of death from cancer. Hear from therapists, patients and advocates about the movement to make psychedelic therapy a sanctioned treatment for those with serious illness and at end of life.

Trevor Millar is a social-entrepreneur who has played a role in advancing the psychedelic movement for nearly a decade. He has the unique perspective of having operated a business where he legally administered psychedelics to over 200 people within Canada, mostly for substance use disorder. He is a board member and co-founder of the Canadian Psychedelic Association and from 2018 to 2021 was on the board of directors for the Multidisciplinary Association of Psychedelic Studies (MAPS) Canada, where he acted as Chair of the Board for over two years. From 2012 to 2017, Trevor was active as the founder and President of Liberty Root Therapy Inc., a business dedicated to healing and transformation by legally providing the plant medicine ibogaine to people mostly with opiate use disorder. Trevor was featured in the award-winning documentary about using magic mushrooms and Iboga to treat addiction, anxiety and depression called DOSED, which was released in 2019.

Back to Home
Andrew Lee